Choline is a vital nutrient that affects almost every aspect of human health. Studies suggest that many adults aren’t getting enough of it in their diet. Are you?
6 Health Benefits of Choline
‌‌‌‌Choline and Cell Membrane Health
Choline makes up the majority of cell membranes in the human body. If you remember back to your days in high school biology class, you might recall the picture of a fatty cell membrane with its transporters, receptors, and more. Cell membranes control so much of our cells’ function that when they are damaged, we can get symptoms and eventually chronic diseases. Getting enough choline each day is a critical part of keeping your cell membranes intact.
‌‌‌‌Mental Health Benefits of Choline
Choline increases cell receptor sensitivity to dopamine and norepinephrine. These chemicals are responsible for helping us feel happy and pay attention. There are studies that even suggest that Parkinson’s disease, which is partially due to a lack of dopamine activity in the brain, may be improved by taking choline.
Choline is also a critical component of acetylcholine, another important neurotransmitter that has a role in both the sympathetic and parasympathetic nervous systems. It’s one of the major targets of anesthesia, and choline may play an important role in recovering from anesthesia use.
‌‌‌‌Learning and Memory Benefits of Choline
Multiple studies over several decades suggest that choline is involved in cognitive function and neuroplasticity from childhood and as we age. Neuroplasticity is defined as our brain’s ability to adapt and grow. It’s a critical part of staying healthy and preventing cognitive decline and dementia.
‌‌‌‌Choline’s Role in Cardiovascular Health
Choline and its derivative—betaine—are both methyl donors that provide carbon and hydrogen groups to other molecules. This methyl donation is a vital step in several important functions of the body, like making DNA and RNA. Methyl donors also help to decrease levels of homocysteine in the body. Homocysteine is a cardiotoxic molecule that increases the risk of heart attacks and more. Making sure you have enough choline is therefore critical to protecting your cardiac health.
‌‌‌‌Choline and Pregnancy
Adequate choline may aid in preventing neural tube defects in fetuses during pregnancy. It helps the spinal cord to fully form in the earliest stages of a baby’s life.
‌‌‌‌Fatty Liver Disease and Choline
One of the major symptoms of choline deficiency in humans is something called non-alcoholic fatty liver disease or NAFLD. If you or a loved one have this disorder, it’s worth reading up on the connection between it and low choline status. Additionally, low choline levels can cause muscle damage as well.
‌‌‌‌Dietary Sources of Choline
The recommended daily allowance (RDA) for choline is between 425-550mg/day. The most significant sources of choline in the human diet are:
Beef liver‌‌‌‌
Eggs
Soybeans
Chicken
Fish
Potato
Beans
You need digestive enzymes to break down choline since it requires pancreatic enzymes to be broken down into a form that can be absorbed into our bloodstream.
You can get aslo get choline from lecithin, which is available both as a supplement and in certain processed foods like gravies and more.
‌‌‌‌How to Use Choline as a Supplement
One of the easiest ways to get more choline in your diet is to add a supplement like citicoline. If you don’t tend to eat many of the food sources of choline mentioned above, it might be smart to take a supplement each day to ensure that you’re getting enough to prevent a deficiency.
Choline is an incredible nutrient that is critical for optimal health. You can consume it in food sources or take it as a supplement. If you’ve got more questions, talk with your healthcare practitioner about how choline might improve your health and if it’s related to your symptoms.
Posted in Wellness. 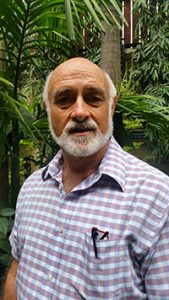